To-day we want to share some quick tips on how to use Picmonkey – a free online tool for editing and resizing images.

Images can have a huge impact on how attractive and appealing your website, blog or facebook page is to visitors. Often you will need to upload images in a certain size for different parts of your site or blog – e.g. slides for a slideshow might be wide and short while a sidebar ad might be tall and thin. We’ve talked about importance of image size and image file formats in previous blogs posts.

This is where picmonkey comes in. Simply visit www.picmonkey.com and click on the edit a photo button. 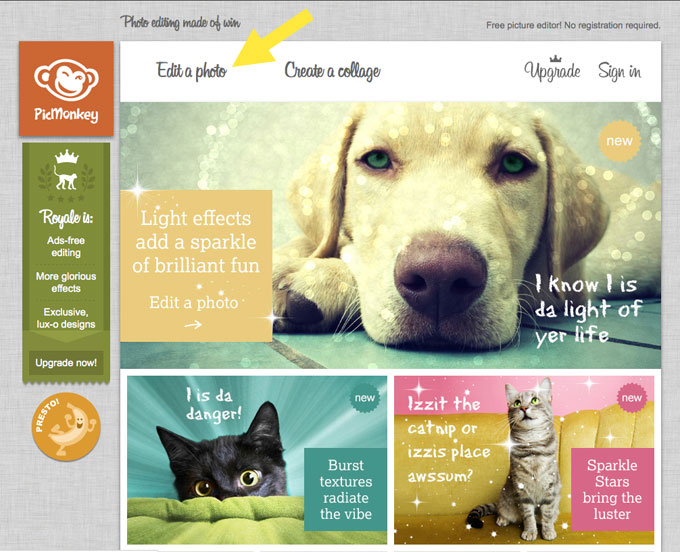 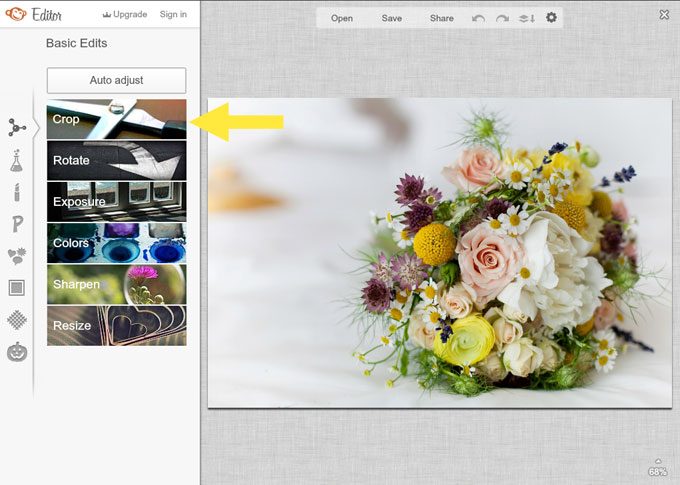 This will open a window where you can upload your photo. The photo we are using is quite large – 1024px by 684px – this is too big to use on most websites and the large file size would be slow to download. To make the images smaller we will need to crop it.

We want the size of the new image to be 400px by 400px. ( This is just an example – you can enter the dimensions you need) We enter the size we want the new photo to be and click the scale photo button. 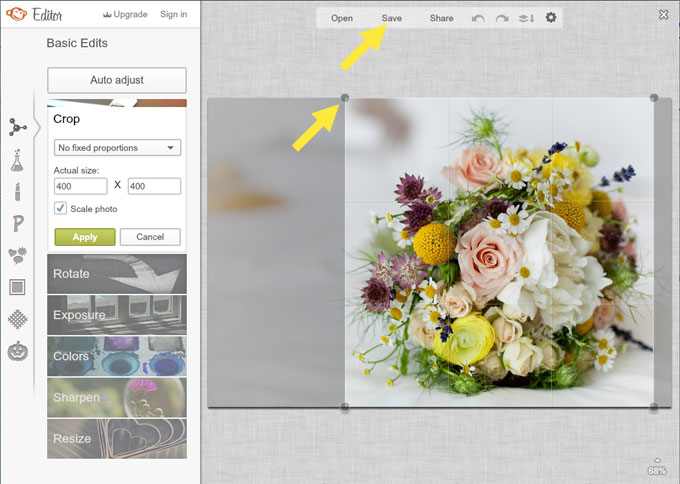 The highlighted area shows the area which will be left after we crop our photo. We can move and scale the highlighted area until we are happy with the composition and size of our image. Once we are satisfied we’ll click on save to save the image. 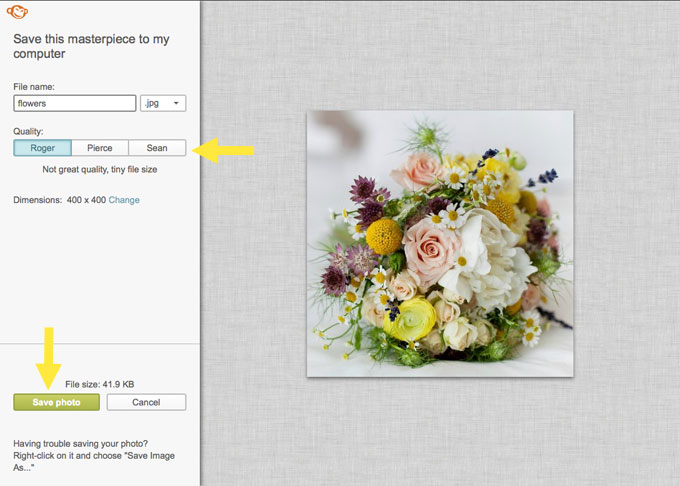 In the save window 3 options appear – for web we want to use the smallest size possible while preserving image quality. The lowest setting looks fine so we choose this, name and save our image – done!

Got any questions about image size and cropping – get in touch – we’d love to help!

Note: we are not linked to picmonkey.com in any way – we just think it is a useful tool.
Image used is a photo of my wedding bouquet by Magda Lukas 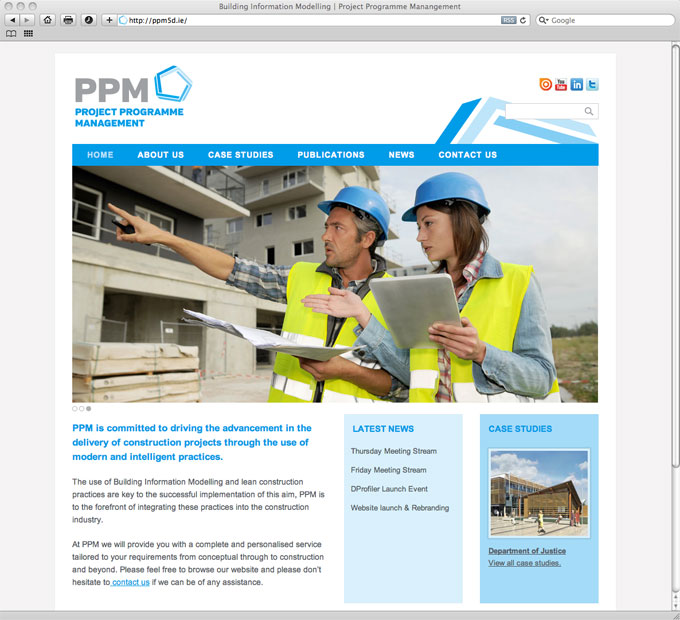 PPM use Building Information Modelling and other tools to help plan and project manage projects for their clients in the construction industry. We recently worked with the PPM team on their rebrand and website revamp, and even learned a thing or two about 5 dimensional planning in the process!

Multi-channel projects such as this where we work on branding, print and web are some of our favorites so we were delighted to get this lovely testimonial from Gearoid at PPM after their website launch:

During these challenging times it is essential that your brand and message is transmitted in a clear and noticeable way. With Curious I found both Rachel and Marie to be hard working conscientious and full of ideas that would benefit the overall image of our brand.

I was particularly impressed by the depth of knowledge that curious amassed about our work and also about our target audience. Curious in a short space of time showed a great understanding of our target market which was critical to ensure that our message reached the intended targets.

The website itself is a powerful adaptable tool however it still retains the quality of being easy to edit and change to suit our requirements. The whole development process was collaborative and really enjoyable.

I couldn’t recommend them highly enough; they offer a first class, personal service. 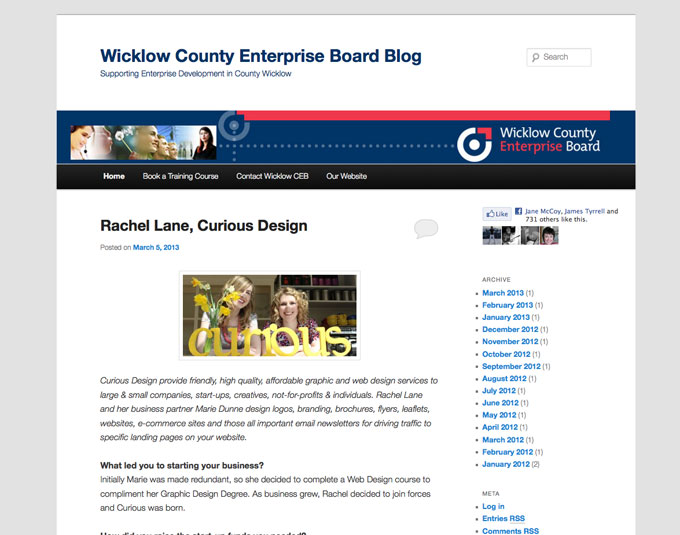 I was delighted to be interviewed recently by the Wicklow Enterprise Board for the “hot seat” series on their blog. You can read the full interview here

At curious we like doing things a little differently, so instead of a New Years offer, we’d like to share the love and celebrate Valentine’s Day by offering a special 10% discount off all new jobs until the first of March.

Simply mention this blog post when booking in your job and you can get 10% off the design of your new logo, website, business cards, signage, brochure, newsletter – whatever takes your fancy!

PS – this offer IS transferable, so if you know someone in search of a new design partner send them our way!

Offer available on all new projects booked in by deposit between February 14th -March 1st 2013. Quotes older than six months may need to be reissued. Discount applies to design services only.

We decided to postpone our first post for 2013 until today, the first of February.

Why begin a new year in the coldest month when spirits are a little low after Christmas? January should be a month reserved for snuggling up and not a whole lot more! February on the other hand is full of excitement and promise. Flowers are beginning to bloom, the evenings are getting brighter and the nip in the air is warming up.

To celebrate our new year beginning today, we have decided to do a little house keeping and spring cleaning in our curious world. The first project to get a polish and a chance to shine is a website we have just recently launched for an extremely talented wedding cinematographer – Rodolphe from Best Day Productions.

Here is one of his beautiful films, visit his site for more video candy! 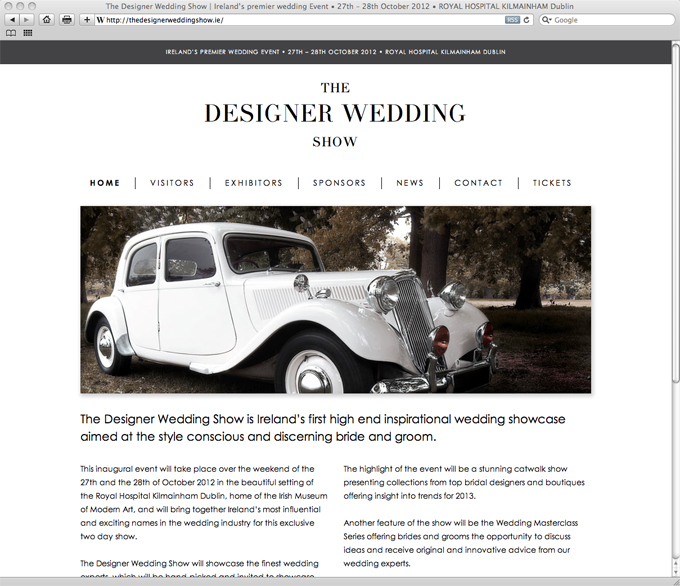 Congratulations to the team from the Designer Wedding Show, whose website went live on Friday!

Your local Enterprise Board is an excellent source of practical information about how to set up a business. Enterprise Boards also award grants to local qualifying businesses.

Certain businesses may qualify for grant aid if the business meets strict criteria. Each Enterprise Board may differ on the exact criteria required for the grants that they offer. Contact your local Enterprise Board for advice on how to apply and to find out if your business is eligible.

If your business is suitable and approved for a grant to enable you to build a website, the grant is paid after the completion of the website. The grants available in County Wicklow can cover 50% of eligible costs up to a maximum of €1,500.

The services and funding available through the Dublin City Enterprise Board are explained in this short animation.

We have worked with businesses who have been awarded grant aid by Enterprise Boards, and we would be delighted to provide a quote to accompany your grant application. 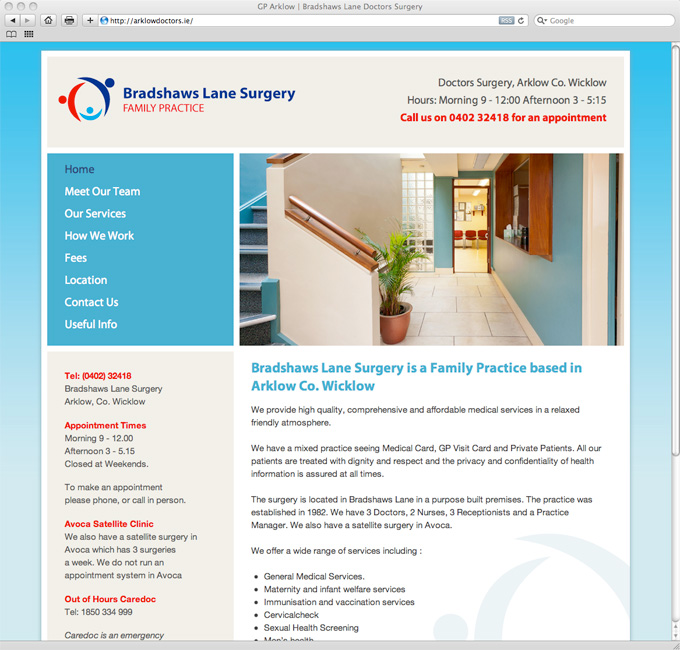 For our very last post in this series of Design A – Z and for 2011, we have decided to combine the last three letters into one post all about the alphabet. After all, where would we be without the good old alphabet.

The alphabet is one of the first things that we learn about in life, from a very early age we are exposed to all sorts of toys and books with the familiar A B and C. The saying as easy as ABC is a funny contradiction when you consider the huge and complex history that has brought us to the 26 letters that we know today. This post is more of an appreciation piece rather than a detailed history of the alphabet, if you are on the hunt for more information about the origins and development of the modern alphabet then visit this link on I love typography.

The letters that we are all so familiar with and use every hour of every day have roots that stem as far back as language itself. Written communication in it’s earliest forms appeared as pictures known as pictography or ideography. These picture representations of daily life were drawn on cave walls and tablets. The spoken word was used to interpret these pictures.

These basic pictures were modified over time and characters were added in an attempt to communicate more accurately. Thousands of characters and symbols were used to communicate. This was not the most efficient way of creating a written language, as learning to read these pictures and characters was a complex task relying on memory. One form of such written communication was hieroglyphics. Learning hieroglyphics was very time consuming and required a lot of studying. This meant that written communication was mainly confined to the wealthy and scholars.

The idea behind an alphabet is that a simple symbol represents a sound. Writing is a way of recording these sounds using these symbols – a way to record words, thus simplifying written communication. This simplification made writing and reading the written word accessible and much easier for people to learn. The development of the alphabet is one of the most important of all time, it made knowledge and communication available for all.

The English alphabet that we use to write today was developed from the Roman alphabet. The word alphabet is a combination of the names of the first two letters of the Greek alphabet, alpha and beta. These Greek words were developed from the original Semitic names for the symbols: aleph (“ox”) and beth (“house”).

The early Roman alphabet had 20 letters:

It then expanded by borrowing letters from the Greek alphabet, namely G, Y and Z. Below the alphabet had 23 letters.

The reason that our modern English alphabet is based on the Roman alphabet is due to Roman dominance in Europe.

The English Alphabet today as we all know it has 26 letters. However we also have two versions of these 26 letters. These are divided into uppercase and the later addition of lowercase letters.

So have a good look around you and notice just how important the alphabet and written communication is to us in our day to day lives. Where would we be without our AB and C’s?

We hope that you have enjoyed our Design A – Z posts this year, we would like to wish you all a merry Christmas and a peaceful and prosperous New Year!